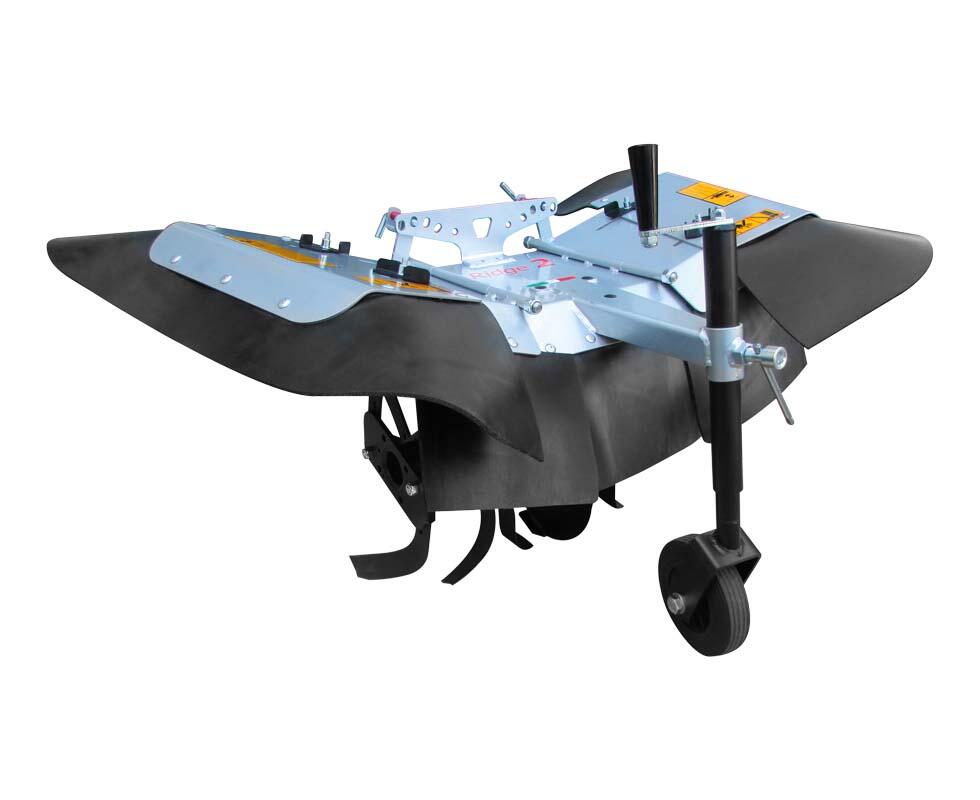 The Power Ridger is unique as the only front-mounted soil-working attachment. 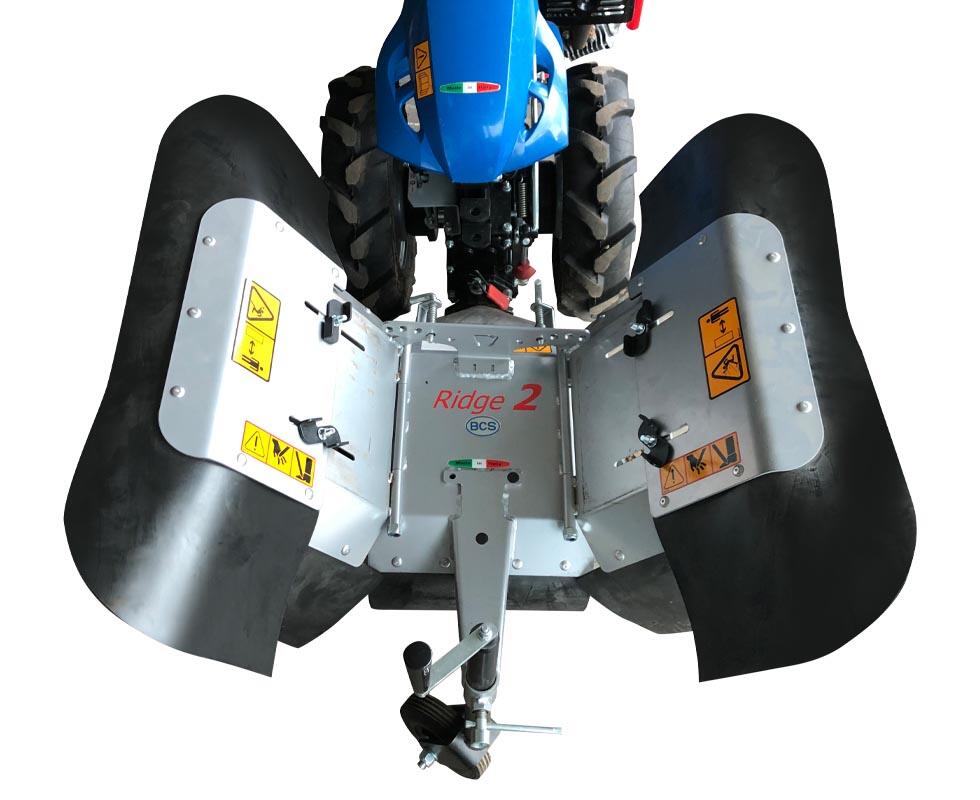 The Power Ridger is the ideal implement for ridging inter-row crops.

The front-mount Power Ridger, also known as the "Ridge 2," is the ideal implement for hilling inter-row crops or for clearing weeds from ridges and improving the permeability of the soil.

The Power Ridger is a unique soil-working attachment as it is operated in front-mount mode. It leaves an open trench with ridges on either side, perfect for bulb or tuber planting. Not recommended for primary tillage, the Power Ridger is generally used on previously worked soil. Like most PTO driven BCS attachments, it has it's own gear-driven transmission with steel gears and shafts running in oil-bath.

The Power Ridger is perfect for hilling crops like potatoes, as well as cultivating between row crops during the growing season. Between raised beds, it also works well to re-establish foot paths. The standard working width is 22".

Soil discharge can be adjusted by raising or lowering the wings. A spring loaded pin on each wing easily adjusts the angle of the wings with four settings. Each wing can be extended up to 5" outward with two hand screws. At the lowest setting, level with the ground, the wingspan is 30" at the narrowest setting, and 39" fully extended.

The front wheel works both as a handy transport and a depth gauge that adjusts easily.

At 132 lbs, it isn't very heavy for a front-mount implement (60 lbs lighter than the 30" Flail Mower) and the weight is well balanced by the tractor's engine making it easy to lift off the ground while turning into the next row. 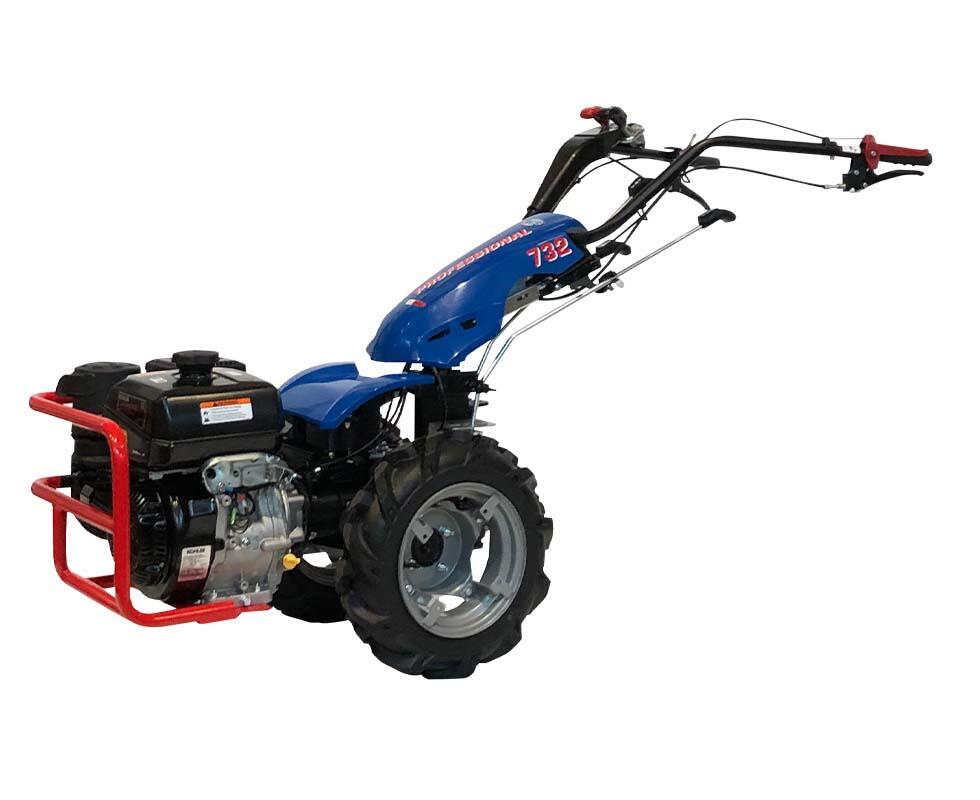 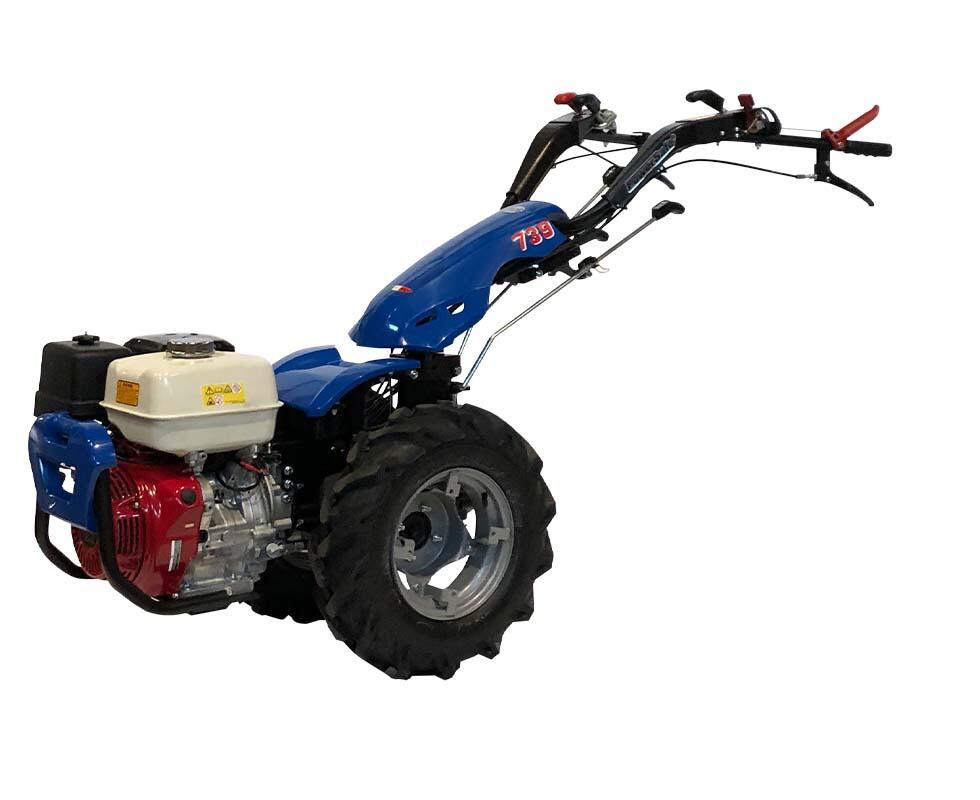 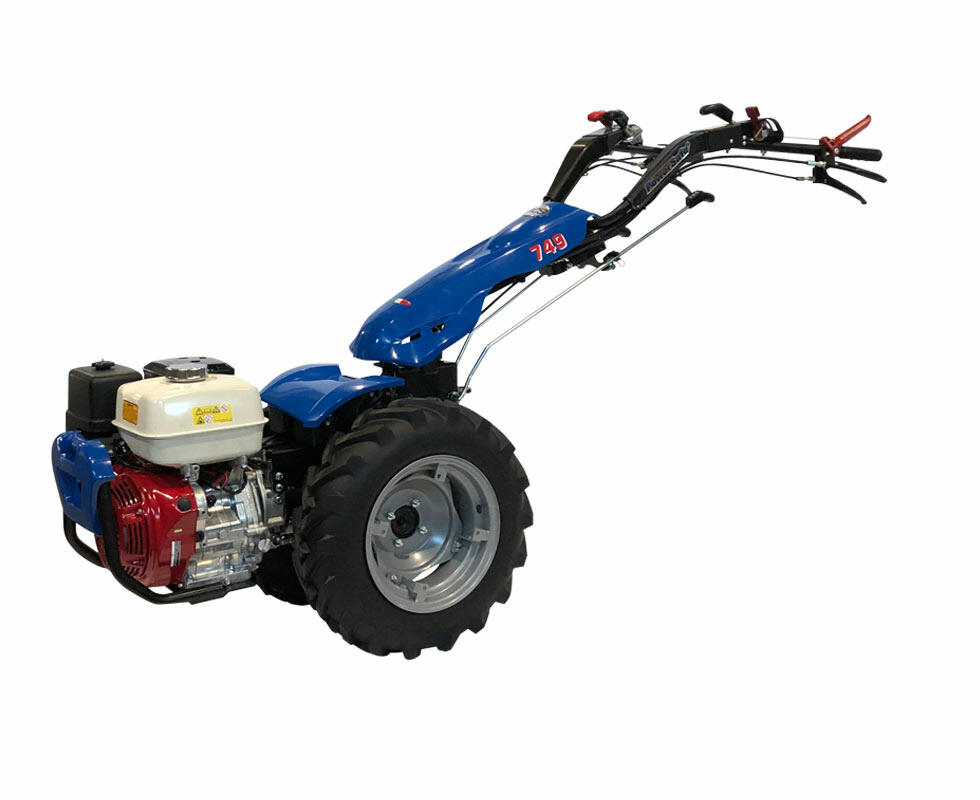 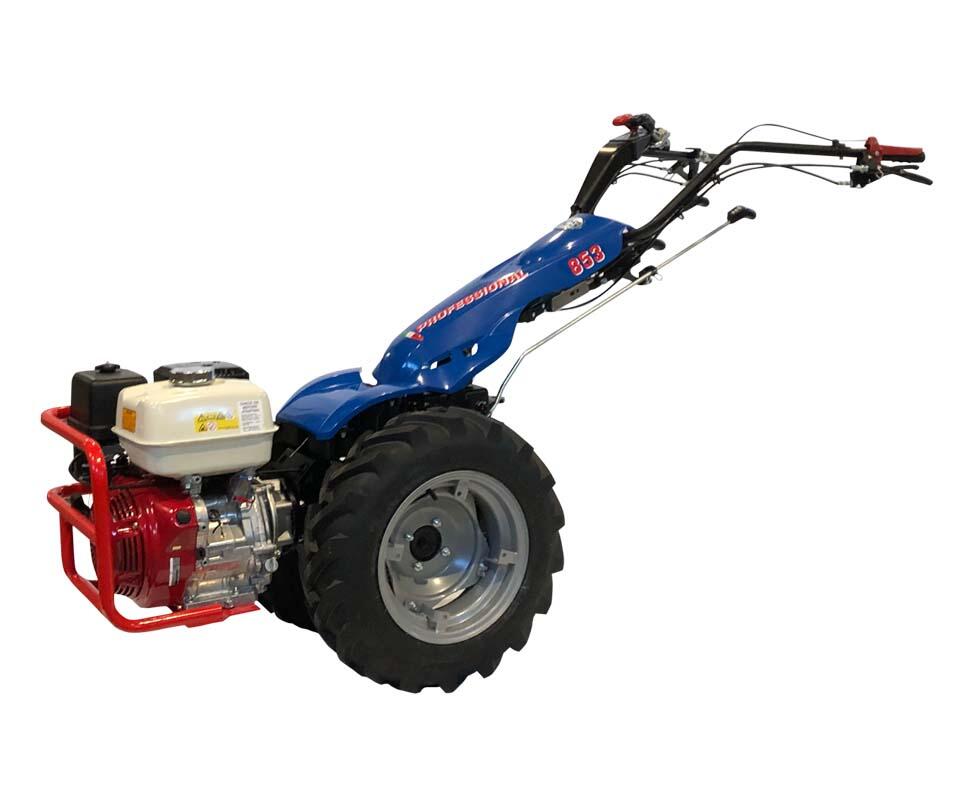 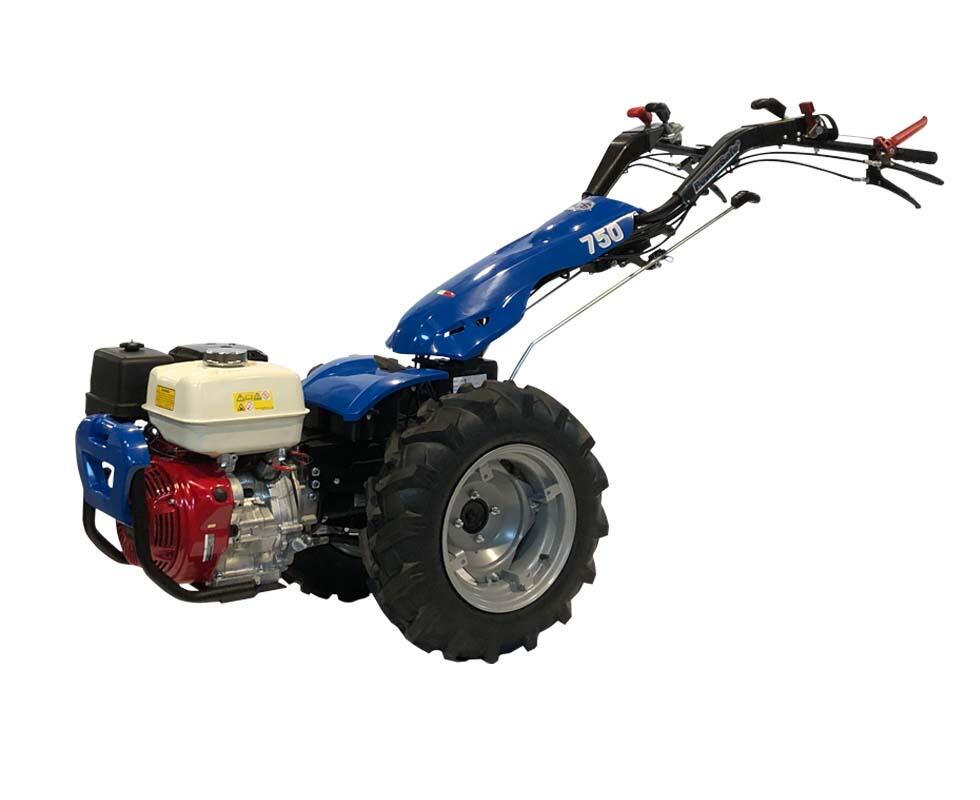 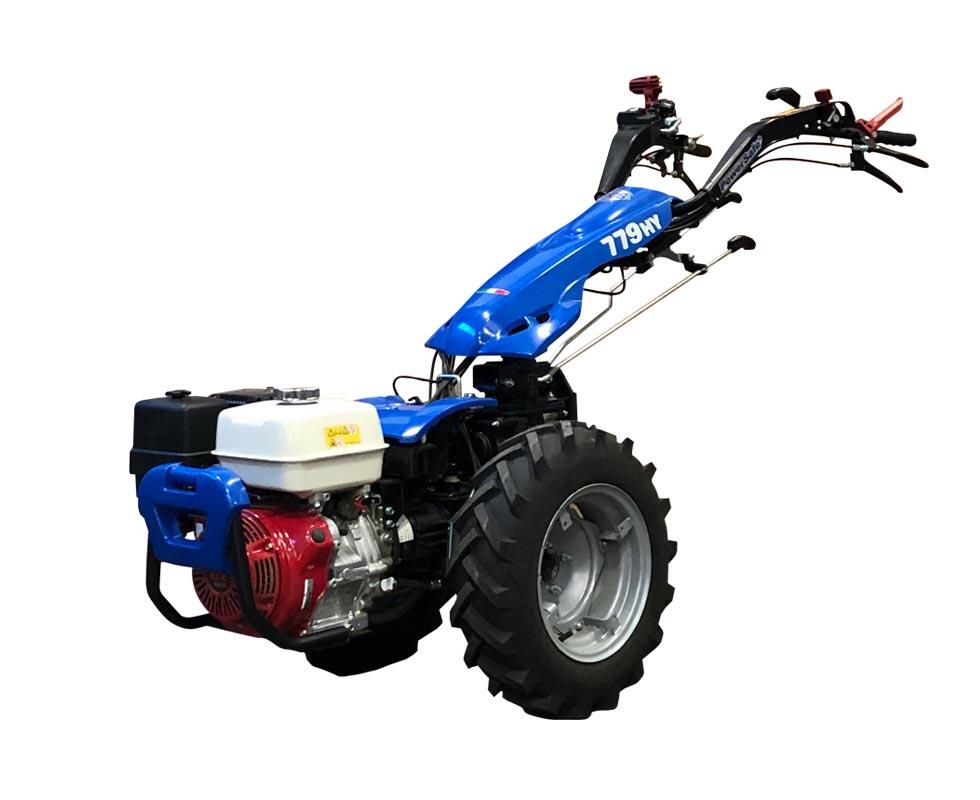 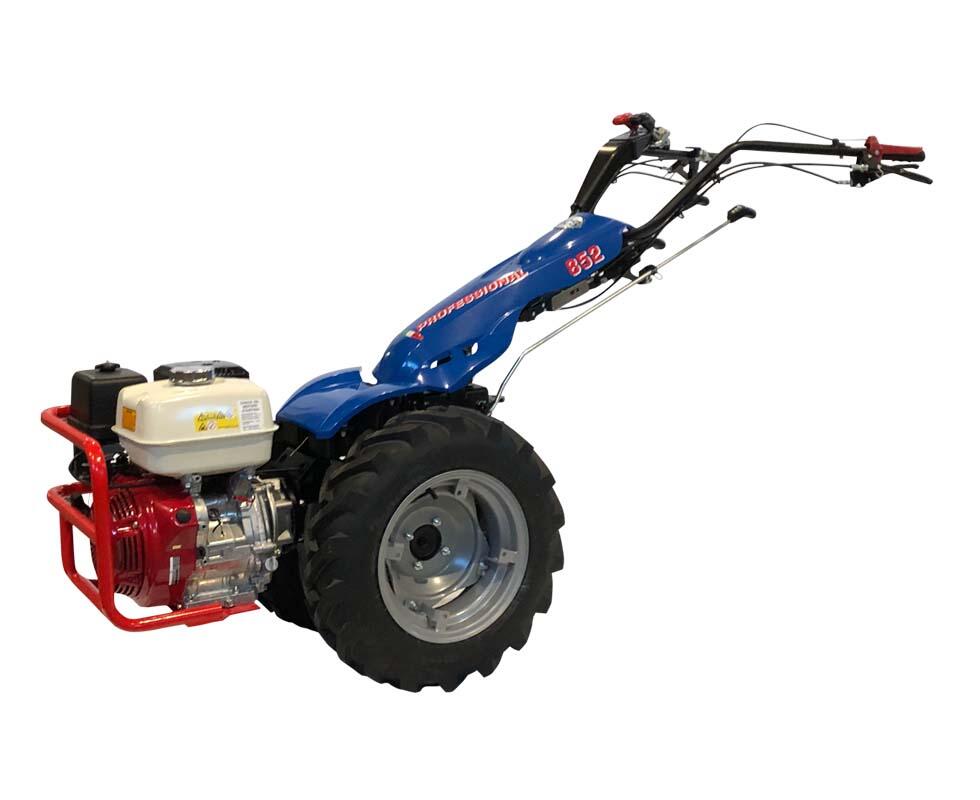 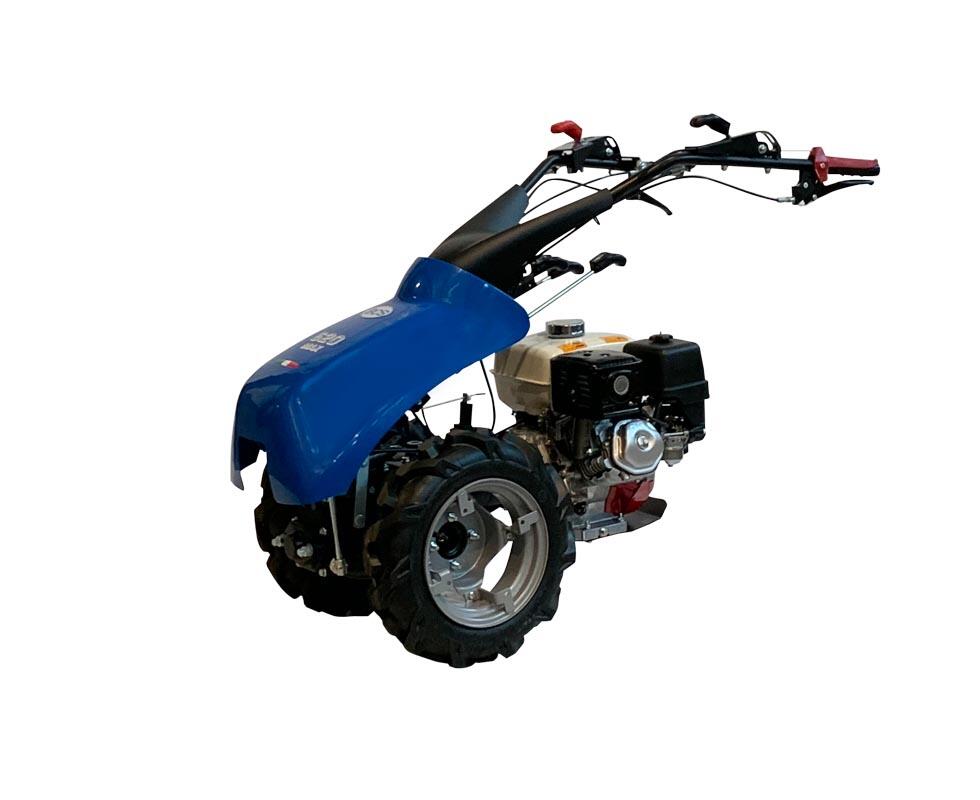