The Power Ridger is a unique soil-working attachment as it is operated in front-mount mode.  It leaves an open trench with ridges on either side, perfect for bulb or tuber planting. Not recommended for primary tillage, the Power Ridger is generally used on previously worked soil. Like most PTO driven BCS attachments, it has it's own gear-driven transmission with steel gears and shafts running in oil-bath.

Also known as the "Ridge 2," this attachment has been gaining popularity in Europe for several years. 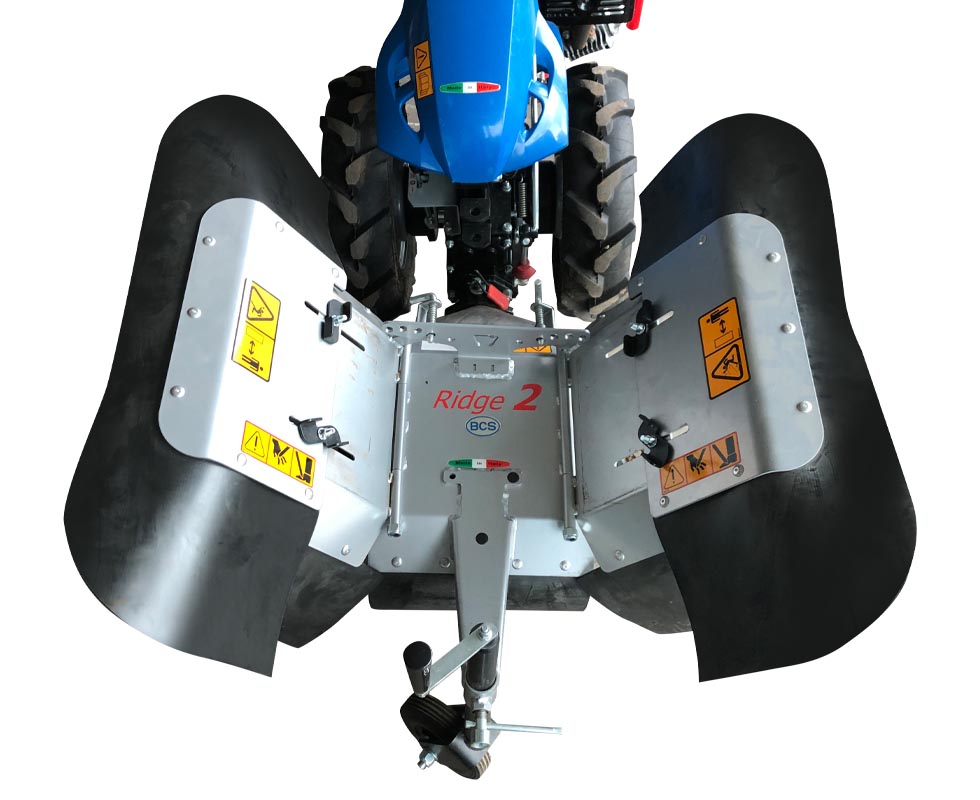 A transport wheel out front also works as the depth gauge. The wings are individually adjustable to four positions and can extend approximately 5" outwards. With the wings lowered, the variable wingspan is 30-39". Working width is 22".