You'll see several references on this website regarding “working speeds” and “transport speeds.” The difference between them is simple, but worth clarifying.

Working speeds are speeds in which the tractor's power take off (PTO) can be engaged. In other words, these are gears that you can use (work) the implement that is attached.

Transport speed is the speed that disengages the PTO and accelerates up to 9.2 MPH — much too fast to walk behind. Transport speed is designed for use with the BCS Utility Trailer. No implements can be worked when this speed is engaged, and we don't recommend using it when you're walking behind the tractor — unless you're up for a brisk jog! 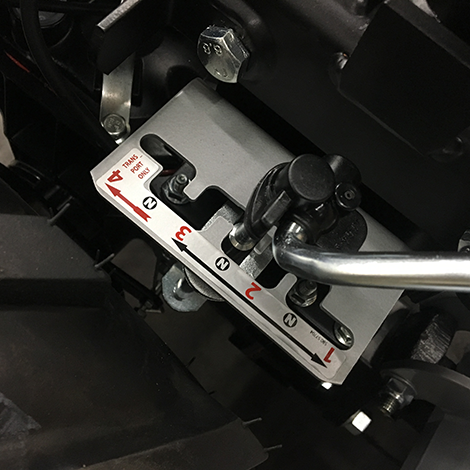 If you plan to use a Utility Trailer with your BCS tractor, it's a fair assumption the standard machines are a good choice due to their transport speeds. But keep in mind that some applications may call for a slower ground speed when hauling hundreds of pounds in the Utility Trailer, such as navigating uphill, on rocky ground, or uneven terrain. The transport speed may be too fast in these situations, and we recommend slowing into second or third gear for safety's sake. For this reason, don't rule out a PowerSafe machine for use with the Utility Trailer.
Back to BCS News