Over the years, many BCS owners and prospects have requested a new tool:  a traditional Rear-Tine Tiller that effectively breaks new ground and can also be used for final seedbed preparation by tilling at shallow depths of one to two inches. Such shallow penetration keeps soil amendments near the surface, preserves the natural structure of soil layers, and prevents dormant weed seeds at deeper levels from being brought to the surface.

Previously, many small-scale growers resorted to using a Tilther or a Power Harrow for such final bed prep.  Now, BCS America offers a solution that "rolls" together the functions of deep tillage as well as final bed prep! 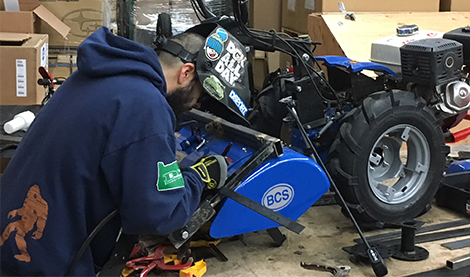 Initial prototypes of the PDR were produced as far back as 2015!

The idea was simple:  Install an adjustable roller to precisely control the depth of tine penetration, even in the softest of soils.  The added benefit of the roller is that it gently firms the seedbed; thereby improving the performance of push seeders and increasing seed-to-soil contact for better germination.  The goal was to create a hybrid between the traditional Tiller and Power Harrow.

That idea was met with many setbacks.  It was just not as easy as it sounded.

Using feedback from several sources, primarily Curtis Stone, author of "The Urban Farmer," the PDR needed to be easy to use, light to maneuver, and effective at firming the seedbed.

One of the flaws in the initial prototypes was pointed out by Curtis, who noted that ridging or "mini-hills" formed on either side of the tiller.  This was because the sides of the tiller hood were elevated above their usual position, allowing soil to spill out the sides beyond the width of the tiller. 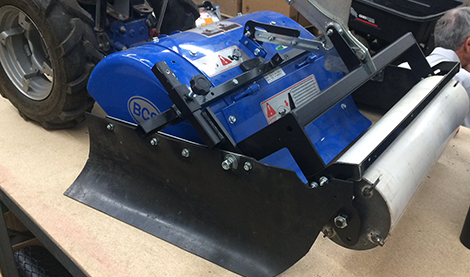 One prototype featured rubber sides to prevent the soil from spilling out on either side.  This idea was nixed in favor of "flipping" the outer tines inward.  Note the PVC roller, intended to reduce weight (this quickly proved to be a bad idea!)

One of the solutions to the ridging issue was to add rubber sides to the tiller to prevent the soil from leaving the confines of the tiller hood.  This added extra cost, required modification of the original BCS tiller, and didn't completely resolve the issue.

The ridging was eventually eliminated by flipping the outward-turned tines inward.  This required a new set of tine flanges, which are included with each PDR kit.  There's a video showing how this procedure is done.

Another major challenge was weight.  While the PDR needed to be heavy enough to firmly press the seedbed, it also needed to be light enough for easy maneuverability in small areas, particularly urban farms.  Early prototypes had a solid roller, which proved to be too heavy.  Others had PVC or plastic rollers to reduce weight, but those did not perform well. 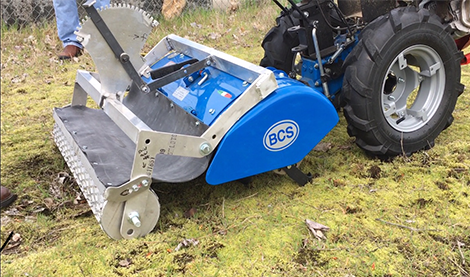 One of the prototypes was simply too heavy, which was largely due to its solid roller and lack of lightening holes.


Finally, with professional engineering help, the PDR shed pounds by adding lightening holes to various portions of the PDR, most notably the depth adjustment lever.  Additionally, the skirt that connects the rubber flap to the frame was made with aluminum rather than 3/16'' steel, which is the material for the remaining portions of the PDR.

It's important to note that the PDR frame is installed without modifications to the tiller hood.  All of the bolts are fastened within existing holes as designed by the BCS factory in Italy, and the rubber skirt is secured on notches vacated by the factory flap. 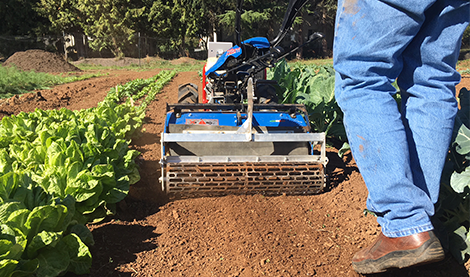 The final design was tested extensively in Fall 2017, but production sourcing was yet another challenge.   There are 40 different components to assemble one PDR.  Thankfully, after our initial production run proved to be a great success, we were able to convince the BCS factory in Italy to begin producing PDR at scale.  Today, the PDR is produced in 26" and 30" widths and is available all over the world! 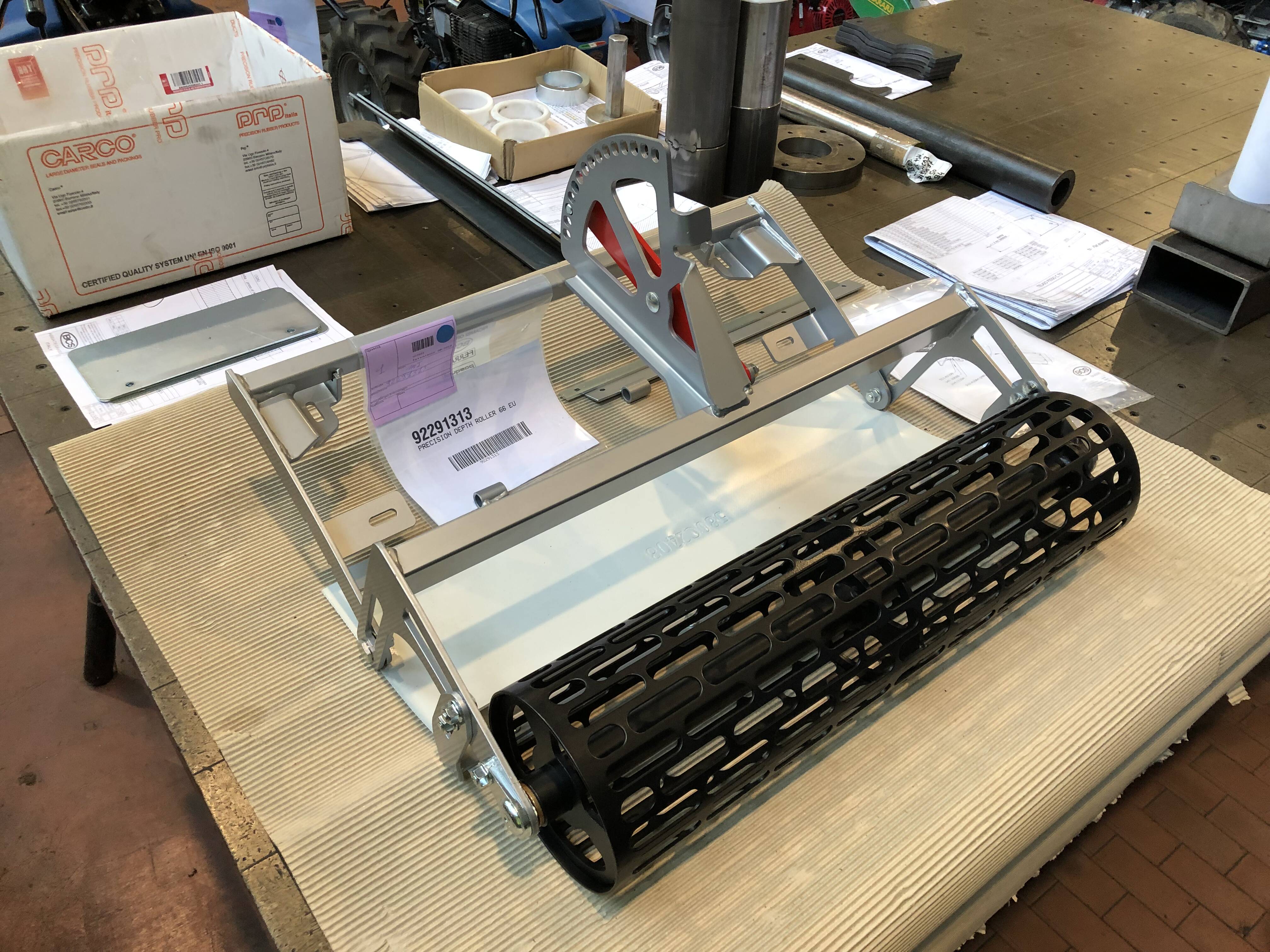 The first 26" PDR at the BCS factory in Italy.

Countless hours of time and effort went into the Precision Depth Roller and it has proven to be a great solution for BCS owners.